A downloadable game for Windows, macOS, and Android

Quad Pro Quo is a free, standalone collectible card game and companion game to the newly-released RPG The Tenth Line. Play as (and against) several of the game's characters, build your collection, and challenge friends to online matches!

The objective of the game is to control more cards than your opponent when the board is filled with cards. The board is a 4x4 grid of squares. Each square can contain one card.

Each player begins with a "deck" of ten cards (either chosen manually, or using a pre-made deck of favorite cards). Players take turns placing one card at a time on the board. Use the mouse to select a card (the flashing area is the hotspot that will let you hover over a card). Left click to select, and to confirm a spot to place a card. Right click will back up and let you choose another card.

Your cards have a gold border; the opponent's are silver and have "flipped" artwork. When you place a card next to an opponent's card (or vice versa), the two cards will "battle" with these rules:

Control more cards when the board is filled to win! Don't worry about cards you've lost control of - you never lose cards permanently, so your collection is safe.

Skills: In offline play, your chosen character has a special skill that can be used once per match. To activate a skill, click on its name (in yellow) at the start of your turn. Note that, once a skill is activated, it cannot be taken back, so make the most of it while you can! Use these skills to give yourself a leg-up against particularly tough opponents.

Skills are disabled in online play.

Progression in Quad Pro Quo is not just about winning, though that's important too! Beating an opponent will allow you to play as that character in regular matches, and to use that character as an avatar in online matches. However, many cards are unlocked in different ways:

About The Tenth Line

The Tenth Line is a console-style RPG coming to Steam and consoles this spring! You can check out a demo on itch.io here, or visit the Steam page here. If you enjoyed the characters, personality, backstories, or aesthetics of Quad Pro Quo, consider giving it a look!

Windows: Unzip the program and data folder together anywhere, and run the .EXE file to play. Use the mouse to control and navigate.

Mac: Unzip and extract the APP file, and run that to play. Use the mouse to control and navigate.

Android: Install the APK file to play. Use the touchscreen (or mouse where applicable) to play and navigate. One-finger touch to select/confirm; two-finger touch to cancel or back up. 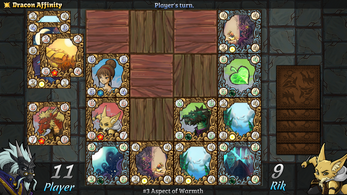 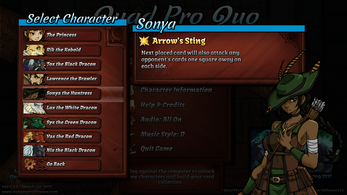 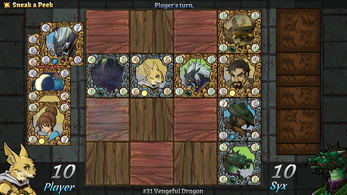